Can you start a sentence with 'and' or 'but'? 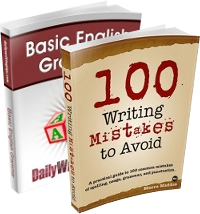 When Should You Follow the Old “English Class Rule”?

In most business writing—especially digital marketing copy like blog posts, emails, and social media posts—you shouldn’t stress using “and” or “but” to start your sentence. No one is going to point it out. No one is going to laugh at you. In fact, someone else who doesn’t already know the truth might think you’re the rebel for being so daring in the first place!

But there are times when you’ll want to follow this mock rule. Data-driven content—case studies, statistic focused white papers, text book content, these are places where you might not only see less opportunity to start a sentence with a conjunction, but also where it could be beneficial to avoid doing so.

If you’ve already got years of practice avoiding starting your sentence with one of these words, then it might take some retraining to find yourself starting a sentence this way. On the other hand, following this rule helps you to expand your vocabulary and use other words and phrases to get your points across. (I could have used “but” to start that last sentence; “on the other hand” adds variety while also giving a stronger sense of weighing up options.)

When Should You Consider Starting a Sentence With But?

“Contrary to what your high school English teacher told you, there’s no reason not to begin a sentence with but or and; in fact, these words often make a sentence more forceful and graceful. They are almost always better than beginning with however or additionally.” (Professor Jack Lynch, Associate Professor of English, Rutgers University, New Jersey)

See also: How to Delete Facebook Search History to Limit the Information Stored

Thank you, professor! I’ll admit to using “however,” but being lazy, I really do prefer the word “but” to begin a sentence when given a choice. “Additionally” is just awful, and I flinch every time I start a sentence with it. It seems so pompous!

The professor also confirms starting with the conjunction can make your writing more forceful. Remember, you don’t always want to be forceful. Sometimes sentence flow is more appropriate. But a choppy “but” at the start of a sentence certainly does seem to add emphasis when that’s what you’re looking for.

There are reasons though for why many writers, and indeed our teachers, don’t like us using a conjunction at the start of a sentence and that’s because it can result in fragmented sentences. A sentence fragment is a clause that doesn’t have all the three main components that a sentence needs to have, namely a verb, subject and complete thought. If a sentence is missing just one of these, it becomes a sentence fragment.

It can be easy to miss out on spotting sentence fragments, especially in your own work as they often look like real sentences.

Example: Or the one on the right.

As it’s on its own, this sentence doesn’t make sense. What is the or for? What was the other option in this scenario? To make it complete, we need more of the sentence.

This can be completed in one of two ways:

Correct: We could take the corridor on the left or the one on the right.

Correct: We could take the corridor on the left. Or, we can go to the one on the right.

See also: 21 Tips to Learn How Do You Make Decisions?

Why Were Students Taught This Non-Rule Rule?

Why were we taught this non-rule rule about not starting sentences with conjunctions? Several authorities seem to think it was done to prevent school kids from writing as they often talk:

“I went to my friend’s house yesterday. And we decided to go to the mall. And while we were there we saw a whole bunch of our friends. And they were just hanging out like we were. And because we didn’t have any money that was all we could do, really.”

“But then John said he’d had a birthday, and we could all go for ice creams. But when we got to the ice-cream parlor, he found that he had left his wallet at home. But that didn’t stop us from having a good time together while teasing John that he owed us an ice-cream.”

You have to admit, that’s a bit much. So to close, we quote Oscar Wilde, “Everything in moderation, including moderation.”

See also: How do you know if Tilapia is fully cooked?

Why Were We All Taught a Rule that Doesn’t Exist?

Realizing now, ten, twenty, or even thirty years or more later that you were lied to might be frustrating—but your teachers really did have your best interests in mind. While there is no definitive answer as to why we were taught this “rule,” the explanation that makes the most sense was that it was meant to prevent kids from writing they way they talk.

Think about it—have you listened to a child or teenager talk for any extended amount of time? If you have, then you can understand exactly what these teachers were trying to avoid.

If you haven’t—well, these two examples will help provide some insight…

“We wanted to go to get burgers and they weren’t open. But we still got burgers. But we had to go somewhere else to get them. But they weren’t as good as the ones we were going to get.”

“My friend and I went to the beach yesterday. And while we were on the beach, we saw lots of seagulls and other birds. And this one seagull stole some guys fries while he was trying to eat them! And it scared the guy so much, he jumped nearly ten feet in the air!”

It’s one thing to verbally hear a story told in this fashion. But reading it is an entirely different experience. No matter what the word is, you never want to start too many consecutive sentences with the same word. The overuse of “and” and “but” in spoken English is likely the main reason our teachers forbid us from starting a sentence with them in our writing!

Can You Begin a Sentence with These Words?

If you are one of those people who prefers to avoid people who begin their sentences with these words, and if you would like to further curtail your sentence-initial word choices, there have been a large number of other words that we have previously been told not to use in that position. Here is a smattering:

Do not begin a sentence with however or a similar unimportant word. —Jacob Cloyd Tressler, English in Action, 1929

Do not begin a sentence with “also” or “likewise.” —George Hitchcock, Sermon Composition, 1908

Or never begins a sentence, paragraph, or chapter. —James Brown, The American System of English Grammar, 1826

Teach the elimination of but, so, and, because, at the beginning of a sentence. —Documents of the School Committee of the City of Boston, 1916

A sentence should not commence with the conjunctions and, for, or however…. —George Payn Quackenbos, An Advanced Course of Composition and Rhetoric, 1854

Still, not everybody loves initial but. The authors of “Keys for Writers” note that “some readers may raise an eyebrow when they see and or but starting a sentence in an academic paper, especially if it happens often.” So if you don’t want to see eyebrows raised, ration your use of these words at the beginnings of sentences.

But in any event, don't start scratching out your ands and buts on our account.