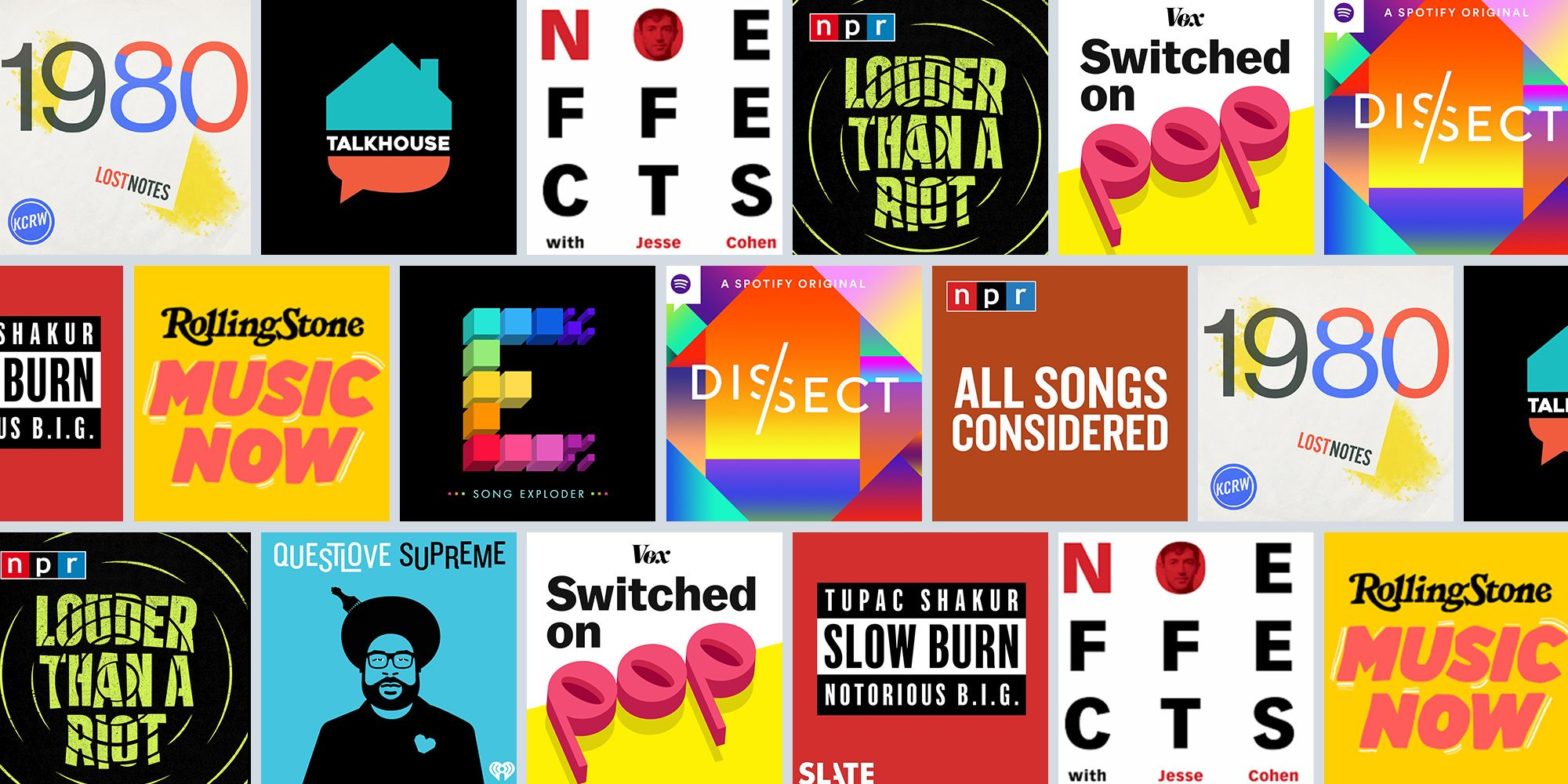 We are unable to find iTunes on your computer. To download from the iTunes Store, get iTunes now.

See also: How to Avoid Tolls and Highways Using Apple Maps On iPhone

Already have iTunes? Click I Have iTunes to open it now.

What Is This Behaviour?

From artists to activists, DJs to directors, What Is This Behaviour? speaks to members of the South Asian community to unpack the many issues that arise when pursuing a creative career. Covering topics such as colourism, mental health, climbing the career ladder and family issues, each episode interviews a different person about their journey, for frank and honest conversations about what it’s like to trailblaze your own path in life. What Is This Behaviour? is available here.

While the Lolita Podcast, hosted by comedian and writer Jamie Loftus (see My Year In Mensa, below), isn’t quite as general interest as many on this list, it’s still a brilliant in-depth examination of Lolita, as well as the novel’s cultural history and baggage and the intentions and later misinterpretations of its author, Vladimir Nabokov (within the first five minutes, you’ll also learn that you’ve been pronouncing his name incorrectly your entire life). Loftus interviews casual readers and hardened Nabokovians alike, meticulously deconstructing the 20th century’s most controversial book. Best of all, she tries to understand quite how such a frankly unnerving number of people read Lolita – with its storyline of abduction, rape, murder and paedophilia – totally uncritically, as a romance novel. At the same time, she manages to avoid falling into the trap of pearl-clutching and hand-wringing over the novel’s content, as those who called for it to be banned from publication did at the time. It’s nuanced, well informed and funny. The Lolita Podcast is available here.

See also: How to get quarters from Bank of America

Produced by Vox, Switched on Pop analyzes pop music and how it’s made, to help determine what makes it so addictive. Hosted by musicologist Nate Sloan and songwriter Charlie Harding, the duo explores everything from sampling to vocal styles and techniques to how popular, infectious hits have made their way into our ears and how they affect society. You may even discover some new favorites from artists including Beyonce, Carly Rae Jepsen, Fiona Apple, Doja Cat, Kanye West, and others. The podcast has been operating since 2014, so you’ll find a collection of fantastic episodes to binge.

You’ll probably know stand-up Ed Gamble from his other extremely successful podcast, Off Menu, which he does with fellow comedian James Acaster. What you probably won’t know about Gamble is that he’s a massive metalhead, and that’s what his new one for Spotify is all about: the dedication and obsessions of the genre’s biggest fans, and what metal means to them.

New York Times pop music critic Jon Caramanica hosts this insightful podcast on all things music. Caramanica has a way of bringing on special guests to the show that are almost as interesting as the subject itself. A favorite episode of mine discusses Charlie Puth vs. Shawn Mendes in the battle to become pop king.

It’s hard to imagine what pop music was like before Whitney Houston or how we ever celebrated the holidays without belting out the lyrics to Mariah Carey’s “All I Want for Christmas Is You.” Host Chris Molanphy looks back on the history of the hit songs we love and how they came to be. Think of it as a musical trip down memory lane.

A broken record isn’t usually something to be desired, but when it comes to the Broken Record podcast, we want more. A product of Pushkin Industries, Broken Record is produced by Rick Rubin, Malcolm Gladwell, Bruce Headlam, and Justin Richmond. Every week, the team invites a different artist to discuss everything from their music to their everyday lives. Of course, no great music podcast would be complete without a musical performance, so here you’ll be able to hear some of your favorites. Past guests have included Run the Jewels, Huey Lewis, Beastie Boys, Alicia Keys, and John Legend.

The creation of New York DJ Tim Sweeney, Beats In Space is a weekly radio show (as well as a record label) dating back to 1999 and the mixes are all uploaded to be heard via its website. Already way past its thousandth edition, like the RA Podcast this is a go-to for discovering new electronic music and the DJs responsible for pushing the envelope.

This next trio proves the BBC’s embarrassment of riches when it comes to music-related podcasts. Its World Music Service podcast is a predictably globetrotting selection of documentaries focussing on various artists and movements, with its sporadic episodes covering subjects such as Indian classical music, synth pioneer Yevgeny Murzin and Queen of Soul Aretha Franklin.

In a bit of a coup, this beautifully assembled and concise six-parter is fronted by David Dimbleby, and tells the full story of how Murdoch built his empire and changed the way that millions of people around the world find out the news. It digs up insight from the people who’ve worked with him to answer bigger questions too: what motivates him? Is he in it for the money or the power? How much influence does he actually wield? And underneath it all, who is Rupert Murdoch?

Who Will Actually Be The Next James Bond?

This content is created and maintained by a third party, and imported onto this page to help users provide their email addresses. You may be able to find more information about this and similar content at piano.io